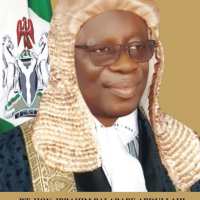 When you use a powerful, well read and influential press to assassinate character and spread hate speech, retraction and apology is not enough
Every press medium has a duty to report true facts, it must also investigate, confirm and verify it’s facts before going to press
Furthermore all media social and conventional have a duty to investigate the facts of every story before it publishes in the public domain and In drawing inferences and conclusions from such stories, the rule is for it to be fair, balanced and objective
The Vanguard News paper in it’s widely publicised story accusing the Vice president Prof Osinbajo of Corruption and abuse of office, was most reckless and most irresponsible in that as a foremost National Newspaper, the Vanguard had access to the Vice Presidency and the FIRS as public institution, to make enquiries on the facts of the story and indeed under the FOI Act, it also has the right to make enquiries on issues of public concern and importance and both the Vice President and the FIRS being public Institutions, have a legal duty on the pains of sanctions, to respond to such enquiries
The Vanguard News paper chose not to follow the laid down procedure in publishing it’s story on the Vice President which turned out by it’s own admission, to be not only false but also laden with malice and hatred
The Vanguard threw all the law and ethics of journalism to the dogs and acted I a manner contrary to norm.
It’s instructive to note that the unfounded allegations contained in the Vanguard report came on the heels of an orchestrated campaign mounted by a section of press and some individuals calling for the removal of the Vice President from office on grounds of alleged corrupt practices
The report of the Vanguard News paper quoting figures and alleged government documents both unverified, unconfirmed and unofficial and unsubstantiated, will further fuel the speculation and coming from a hitherto respected national daily with wide reach beyond the shores of Nigeria, may lend credence to the “truth” of such allegation
By failing to comply with the legal and ethical standards of the law of the Press, the Vanguard News paper knew what it wanted to achieve, which in my opinion was to join In the campaign of hatred and calumny aimed at shooting down the Vice President Trump’s the height of his office
It is clear from their conduct that the Vanguard Press either wrote the script of some powerful interests bent on tarnishing the character and reputation of the Vice President or they owners of the Vanguard have their own agenda against Osinbajo which they are using the platform of their news paper to pursue and prosecute through fake news and hate speech
For a news paper which acted in clear violation of the law and which threw the rules and regulations governing the practice of journalism to the wind, it is not enough to retract the false and unfounded publication and tender an apology to Prof Osinbajo as Vice President
The implementation goes far deeper and beyond retraction and apology. The action of the Vanguard News paper goes far above the defamation of the character of the Vice President
It has a further implementation of violating the law against fake news and hate speech
The Vice President may in his magnanimity and religious mien accept the apology from Vanguard and forgive them for rubbishing him
But the crux of the matter as far as the law is concerned, is, : Does the Vice President have the power to condone the commission of a crime against the laws of Nigeria?
Or put in another way, are fake news and hate speech condonable under our laws? And if they are ( which I believe they are not), who has the power of condonation?
It is against the back drop of the foregoing facts and observations that I believe that the Vanguard News paper should be investigated by the Nigerian Press Council and other relevant investigation agencies for violation of the law against fake news and if found complicit, face prosecution, notwithstanding that the Vice President may if he chooses to, drop the idea of filing a civil suit against the news paper on the aspect of the personal defamation of his character and hard earned reputation
If any person, group or organization violates the law of the land, the offender must be brought to Justice. That is what the rule of law means In a democratic society