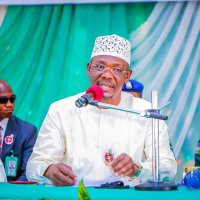 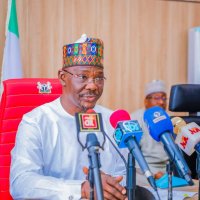 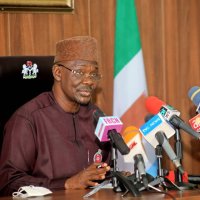 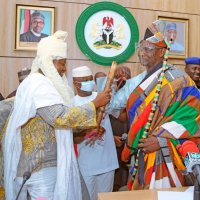 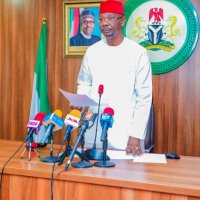 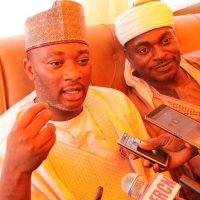 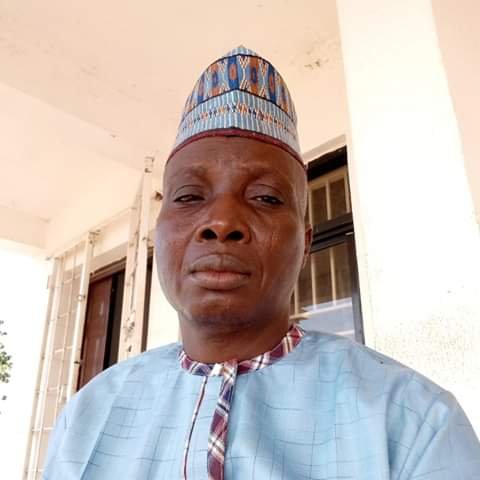 In its characteristic attempt to portray the personality of our amiable, focused and result-oriented leader and Governor, His Excellency, Engineer Abdullahi Sule, in bad light, the Nasarawa Mirror, a social media platform known for stoking up hate speeches, is once again out to propagate deliberate falsehood, albeit conjuring up fiction and attributing same to non-existent characters.

Even though it’s certain that the source in the said report doesn’t exist, a creation of Nasarawa Mirror, it has become necessary to clear the air on some of the issues raised, just so that the unsuspecting public may not be misled, through the spreading of unbridled falsehood.

Particularly, through Nasarawa Mirror and its fictional characters. Imagine the effrontery, coining a fictional character from the name of a vibrant journalist and Nasarawa Broadcasting Services (NBS) Government House Reporter, Mohammed Gani Shafa, in order to smear the character and reputation of our workaholic, indefatigable leader and Governor.

The content of the report by this acerbic social media platform, known for propagating schisms steeped in ethno-religious sentiments, is as false as the character being attributed as its source. That is to say, the character in the report, as well as the report, are but figments of the imagination of the Nasarawa Mirror, just so to mislead the gullible.

That notwithstanding, I’m sure the author of this article needs some education on what our amiable Governor, Engineer Abdullahi Sule has been doing since assumption of office, aimed at not only building on the laudable development efforts of his predecessor, but actually taking Nasarawa State to the Next Level of development.

Specifically, the Governor promised to, within his first 100 days, set up the State Economic Management and Investment Advisory Council; review and reform our civil service structure; review the payment of pension and gratuity and commence payment; visit the payment of salary arrears with a view to commence payment; completion of the Lafia Cargo Airport, Kwandare; commencement of the construction of Rural roads in each of the three (3) Senatorial Zones; commencement of rural electrification in, at least, three (3) villages in the State.

Also, commencement of the construction of 2Km solar power street light projects in each of the thirteen (13) Local Government Areas; commencement of the construction of Technology Innovation Hubs in Lafia, Akwanga, Keffi and Karu; provision of State-wide free medical outreach; screening and training of youth for small scale agricultural and trading enterprises in partnership with the Central Bank of Nigeria (CBN); supply of fertilizer and other agricultural inputs to farmers for the current farming season; construction of some classroom blocks in the Local Governments; and execute agreement with, at least, another major investor in agricultural development in the State.

If at all Nasarawa Mirror was monitoring activities of His Excellency, Engineer Abdullahi Sule, as it’s being reported in the media, then how come the social media platform missed out on reports showing when and how the Governor fulfilled all these promises? Is it out of mischief that Nasarawa Mirror decided to turn the blind eye on these feats recorded within the first 100 days of this administration?

For the avoidance of doubt, Engineer Sule constituted and inaugurated the state Economic Advisory Council, a feat later emulated by none other than President Muhammadu Buhari! A Memorandum of Understanding (MoU) was signed between the Nasarawa State Government, Azman Rice and Mills Limited and a community in Toto Local Government Area for the cultivation of 12, 000 hectares of land for the commercial production of rice.

Therefore, It’s totally false, erroneous to propagate that His Excellency has been “only words and no action”. This is a deliberate falsehood, aimed at misleading the unsuspecting readers and foll0wers of the platform.

His Excellency, Engineer Abdullahi Sule, coming from the organized private sector background, with vast experience handling giant corporations across the globe, is poised to inject and nurture a governance strategy that is development oriented, couched in private sector strategic planning frameworks. Already, the efforts of this administration are bearing fruits for all and sundry to see.

On the issue of water supply, the Governor, having realised the true situation regarding the state water board, while interacting with heads of MDAs, constituted and inaugurated a task force on water supply. The task force has since submitted its reports. Now that the State Executive Council has been inaugurated, the administration will work assiduously towards executing the recommendations contained in the report.

It’s well known fact that cost of governance, especially in a state like Nasarawa has been a source of major concern, particularly with shortfalls in revenues accruing to the state. The review and reforming of the State Civil Service structure, which saw to the pruning down of ministries to 13, was a step that requires political will and sagacity to accomplish. Instead of celebrating this feat, the Nasarawa Mirror chose to gloat over the appointment of 15 Commissioners, which remains the prerogative of His Excellency.

It’s equally an incontrovertible fact that His Excellency, Engineer Abdullahi Sule, has since assumption of office, made it abundantly clear that workers, both at the state and local government levels, should be paid as at when due. He ensured that the culture of percentage payment of salaries was brought to an end.

With the dawn of local government autonomy, the councils are now self-subsisting and operate as an independent tire of government. National Mirror however, chose to ignore this. Even the fact that presently, local government councils in the state receive their monthly subventions directly from Abuja. His Excellency, on several occasions, pressed the necessity of council chairmen to pay their workers full salaries. He has continuously directed the chairmen to look inwards, in terms of generating internal revenue, to augment dwindling monthly subvention.

On the filling of vacant positions at the Dalhatu Araf Specialists Hospital (DASH), again Nasarawa Mirror got it wrong. Any person who cares to understand the person of His Excellency, Engineer Abdullahi Sule, will readily attest to the fact that His Excellency abhors any form of injustice, more so nepotism as being suggested by the social media platform. Engineer Sule, based on his strict moral rectitude, always ensures level playing ground for all and sundry.