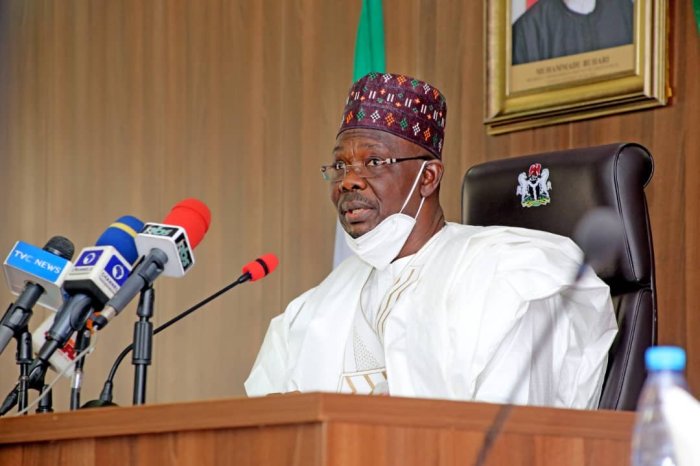 Nasarawa State Government is collaborating with security agencies, towards ensuring that the over 30 people recently kidnapped around Udege and taken to the bush, are rescued.Nasarawa State Governor, Engineer Abdullahi Sule disclosed this while delivering his opening remarks at an emergency executive council meeting, which held at the Government House, on Friday.The Governor, who used the opportunity of the meeting to update the stakeholders on emerging security challenges, especially in the Western Senatorial zone, lamented the recent major kidnapping incident in which occupants of three vehicles, numbering over 30, were kidnapped and taken into the bush.”We are working with the Federal agencies, the police, DSS, Air Force and military, to ensure that we are able to rescue the kidnap victims,” Engineer Sule assured.He added that the state government is taking measures to reduce the inherent risk in the area, especially around the major road linking from Benue State and across the new bridge.According to the Governor, government is on top of the situation, with his administration doing its best to ensure the release of the kidnap victims.Engineer Sule used the opportunity to equally update the people of the state on the status of COVID-19 challenges which have continued to persist.The Governor lamented that more and more health workers in the state continue to get infected with the virus, stressing that the state government is doing everything possible to acquire all the Personal Protective Equipment (PPEs), so that health workers will be protected.While describing the ongoing strike action by health workers in the state as a major concern, Engineer Sule however assured that as citizens of Nasarawa State, the state government is leaving no stone unturned to provide them with adequate protective gears.Commenting further on the ongoing strike action by health workers, the Governor expressed appreciation to members of the Nasarawa State House of Assembly, as well as traditional rulers, for intervening in the ongoing impasse involving health workers, with a view to calling off the strike.He particularly thanked the State Deputy Governor, Dr. Emmanuel Akabe and the State Commissioner for Health, Pharmacist Ahmed Baba Yahaya, who have continued to engage the striking health workers, with a view to returning to their work.Engineer Sule then gave an update of the COVID-19 status of the state, which has so far recorded 215 positive cases, with 8 deaths. 151 persons infected with the virus have been treated and discharged.According to the Governor, Toto, Wamba and Keana Local Government Areas have maintained their zero infection status.