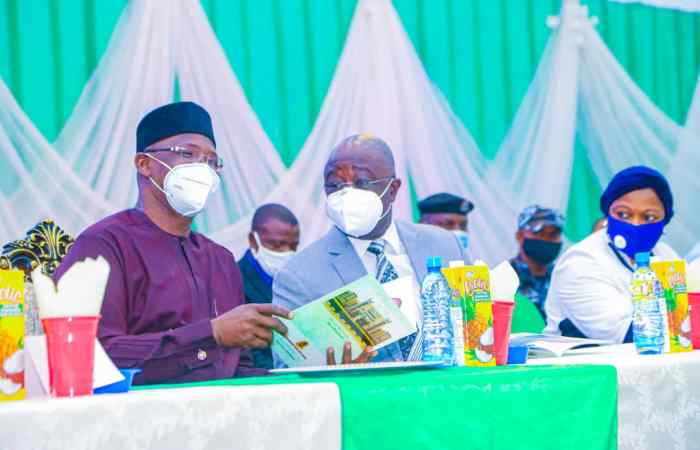 Nasarawa State Governor, Engineer Abdullahi Sule, has tasked both political and public office holders in the state, on the need to be honest, transparent and accountable.Engineer Sule laid the task while declaring open a 2-week workshop on procurement and management of supplies for political and public office holders in the state, at the Government House, on Monday.The Governor specifically tasked political and public office holders in the state, on the need to inculcate the spirit of the procurement law passed in the state, in the conduct of government business.According Engineer Sule, political and public office holders need to be transparent and accountable, because corruption no longer pays, with corrupt government officials forced to hide their ill-gotten wealth perpetually.Speaking on the event, the Governor said the workshop is intended to instil in the minds of political and public office holders, virtues of due process and trustworthiness in accordance with the principles and procedures established in the public procurement rules.“This is to ensure that proper mechanisms are put in place in the award of contracts to qualified contractors and in delivering services,” he stated.While describing the theme of the workshop as apt, timely and well-conceived, Engineer Sule said this was coming at a time when his administration is committed to prudent management of resources towards bringing development to the people.The theme of the 2-week workshop is: “Public Procurement as a panacea for good governance in Nasarawa State.”The Governor pointed out that steps have been taken to ensure that contracts are awarded and executed on timely basis, with proper costing, in provision of goods, services and execution of works.Engineer Sule used the opportunity of the event, to reiterate the resolve of his administration to impart the culture of discipline, transparency and due process in the conduct of government affairs, which informed the setting up of the Bureau for Public Procurement.The governor urged the participants at the workshop to participate actively with a view to tapping from the wealth of experience of the resource persons.Earlier in a keynote address, Director-General, Nasarawa State Bureau for Public Procurement, Dr. Dominic Adagazu Bako, traced the widespread of poverty in developing countries like Nigeria, to the absence of good governance.Citing the World Bank, Dr. Bako said good governance can be measured by four distinct attributes namely, accountability, effectiveness, rule of law and low levels of corruption, stressing that the Engineer Sule administration must be seen to be accountable, transparent, as well as deliberately promoting a culture of due diligence and respect for the rule of law.“It must make sure that public funds meant to serve the greater majority of our people, is not diverted into private pockets or looted and sent into foreign banks overseas,” the DG stated.The 2-week training workshop, organized in collaboration with the Charterhouse Consulting Limited, has participants drawn from public offices, including heads of state tertiary institutions, commissions, boards and parastatals.The training session, which is organized in batches, has in attendance state executive council, special advisers, and chairmen of commissions, auditors general for state and local government, as well as the Vice Chancellor, Nasarawa State University, Keffi.