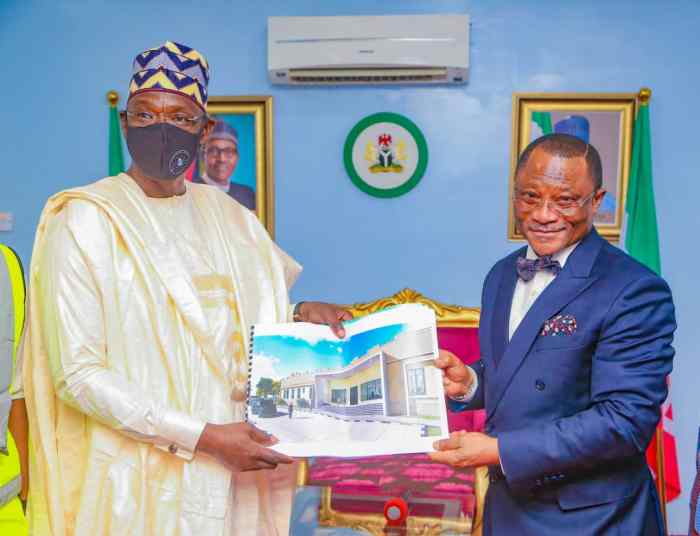 The Niger Delta Power Holding Company (NDPHC) has assured that it will deliver the 330KV power substation located in Akurba, Nasarawa State, in September, this year.

Engineer Ifeoluwa Oyedele, Executive Director, Network, of the company, gave the assurance, when he led a delegation, on a courtesy call on Nasarawa State governor, Engineer Abdullahi Sule, on Thursday.

Engineer Oyedele reaffirmed that the Akurba power project, is on course and will be delivered in September this year, stressing that the people of the state, will begin to enjoy regular power supply, even as he said, steady power supply will further drive economic development in Nasarawa State.

The NDPHC executive director, pointed out that, unlike in previous dispensations, the Akurba power substation project, was in line with the determination of the President Muhammadu Buhari led administration, to reduce infrastructure deficits in the country.

Engineer Oyedele emphasized that, there is no other organization that has contributed to the development of the power sector, as much as the NDPHC.

The ED added that, he was in Lafia to inspect the project and to ensure his company delivers the project by September.

“I want to assure that by September this year, that project will be delivered and the good people of Nasarawa State, will start enjoying regular power supply,” he stated.

Engineer Oyedele appreciated the government and people of Nasarawa State, for the support given to the NDPHC, describing the personal commitment of Engineer Sule, as unprecedented, having visited the NDPHC head office twice, while also paying several visits the the site of the project.

As a mark of appreciation for the support enjoyed by the company, Engineer Oyedele, disclosed that the NDPHC board, has approved for the construction of an 18-room school, to be located within the vicinity of the project site.

According to him, the gesture is to appreciate the government and people of Nasarawa State, for the support given his company throughout the period of the project.

Engineer Sule recalled his role as a member of the Committee on Energy and Power, under the Vision2020, initiated by the late president Umaru Musa Yar’Adua, which informed his decision to relentlessly pursue the completion of the Akurba power substation on his assumption of office as governor.

According to the governor, having realised the significance of power to the development aspirations of his administration, he visited the head office of the NDPHC twice, the Bureau for Public Procurement (BPP), while also paying several inspection visits at the site of the project in Akurba.

On the decision of the NDPHC to build a school in the state, the governor said he will prefer for the school to be sited in Akurba, in order for the people of the community to benefit.

Engineer Sule directed officials of the state ministry of education, to liaise with NDPHC officials, to inspect facilities at the Government Secondary School Akurba, to see the feasibility of siting the 18-room school there.