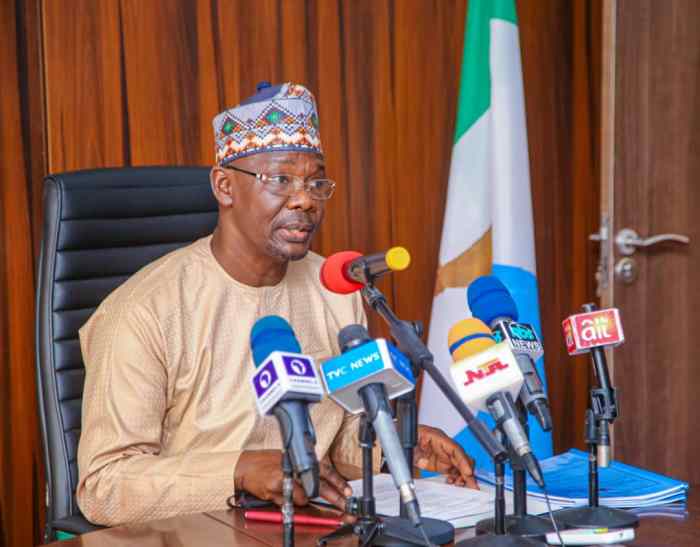 Nasarawa State governor, Engineer Abdullahi Sule, has commissioned a multi-million naira Lafia City Mall, built by a private firm, the Wave Mart Group, urging more investors to come to the state because of the relative peace being enjoyed in the state.

Engineer Sule, shortly before cutting the tape to open the Lafia City Mall for business, on Saturday, said the commissioning of the edifice, is a testimony of the prevailing peace in the state.

According to the governor, there is no better time for any investor that is interested in doing business in Nasarawa State than now, that his administration has worked tirelessly to ensure that there is peace and security for businesses to thrive.

While appreciating the owners of the mall for undertaking such capital intensive venture, in Lafia, the state capital, Engineer Sule reiterated that, his administration will continue to put measures in place, for the benefit of the people.

The governor thanked the chief executive officer of the Lafia City Mall, Mr. Umaru Emmanuel, for his concern for the plight of the youths and for the need to impact skills on youths of the state, in order to make them useful not only to themselves but the society.

Engineer Sule used the opportunity of the event, to disclose plans by his administration, to establish to industrial zones in Karu and Lafia local government areas, with President Muhammadu Buhari, approving for the setting up of an Agricultural Machinery and Equipment Institute in Lafia.

The governor informed that, with the Lafia Technical Institute completed, his administration is approaching the BPP, with a view to equipping the various workshops in the institute, namely ICT, electrical installation, fitter machinist, welders, fabrication, carpentry, cabinet makers, motor mechanics, among others, with a view to impacting desirable skills in youths, as well as graduates who remain unemployable.

He added that, following the establishment of the Nasarawa State Investment Development Agency (NASIDA), the government went on to sign an MoU on the 13, 000 hectares of land in Gurku/Kabusu, which has also been earmarked for industrial use.

The governor appreciated President Buhari for giving the approval for the setting up of the new technical institute in Lafia.

“I want to thank you, the CEO of Wave Mart Group, for your continuous believe and trust in Nasarawa State. I want to thank you also for giving us the opportunity to prove to the world, that indeed, Nasarawa is safe for investment,” the governor said.

Earlier in a welcome address, Chairman of the Wave Mart Group, Umaru Emmanuel, said with the commissioning of the Lafia City Mall, brought the number of investments by his firm to three, stressing that, with Lafia now a city, it can also boasts of a mall, a feature of the modern day city.

Emmanuel dismissed insinuations suggesting that, the North is not safe for doing business, adding that, for the over 7 years he has invested in Nasarawa State, he had no reason to regret.

The Wave Mart Group chairman, however appealed to the governor, to roll out a deliberate plan in which youths of the state, will be impacted with necessary skills to make them employable.

In a goodwill message, the Emir of Lafia, HRH Justice Sidi Bage (rtd), commended the owners of the mall, for beautifying the city of Lafia and for making it possible for the people to shop under a conductive atmosphere.

The royal father, in order to show further appreciation, bestowed a traditional title on the owner of the mall, Umaru Emmanuel, as the new Dangatan Lafia.