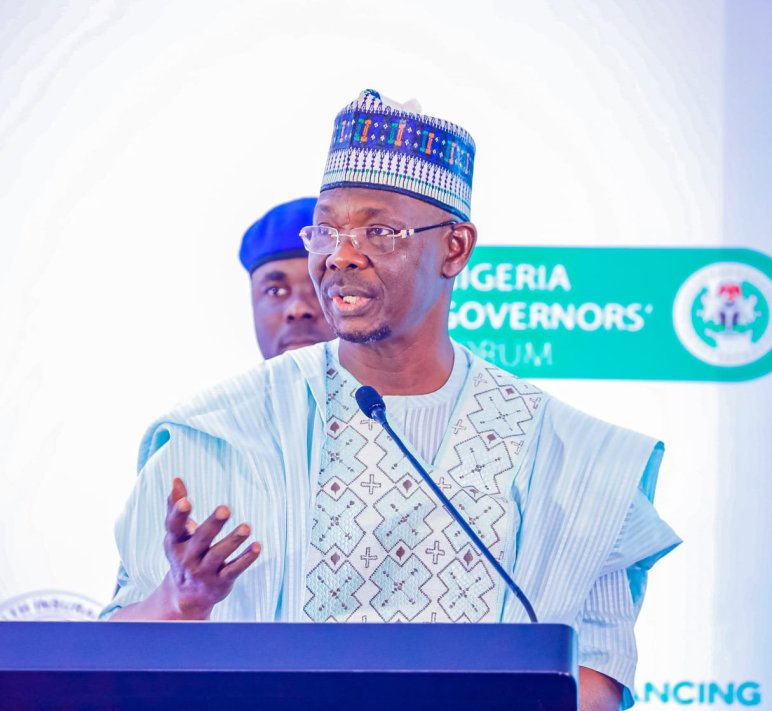 Pundits agree that the concept of governance is understood in many ways by different people. Its definition often depends on the goals to be pursued, the entities involved, and the socio-political environment within which these goals are to be achieved.

Development scholars opine that governance focuses on processes, structures and arrangements that pertain to the administration of an entity or unit of organization, as well as the manner in which the vested authority uses its powers to achieve the institution’s objectives, including its powers to design, implement and innovate the organization’s policies, rules, systems and processes, and to engage and involve its stakeholders.

On the other hand, good governance implies that the exercise of the vested authority is accountable, transparent, predictable, participative and dynamic.

Since the coming of the present administration in Nasarawa State, under the leadership of His Excellency, Engineer Abdullahi Sule, the concept of good governance has been fully entrenched and domesticated, thereby catapulting the state forward and to be reckoned with in the national scheme of things.

Nasarawa State is no longer the back water state that it used to be but is now the cynosure of good governance and commendable leadership, all thanks to the ingenuity and purposefulness of Engineer Abdullahi Sule.

Engineer Sule demonstrated accountability in office by establishing norms and standards to guide the activities of his administration. For instance, he established the Nasarawa State Bureau for Public Procurement in order to harmonize existing government policies and practices on public procurement to ensure probity, accountability and transparency in the procurement process.

Also, Engineer Sule adopted theTreasury Single Account (TSA), a public accounting system using a single account, or a set of linked accounts by government to ensure all revenue receipts and payments are done through a Consolidated Revenue Account (CRA).

Being a dynamic administration, Engineer Sule introduced innovations aimed at changing and improving on the status quo by conducting governance more efficiently and equitably and by responding to the evolving needs of the people through the creation of new values.

On assumption of office, the Governor constituted the Nasarawa Economic Advisory Council made up of prominent Nigerians led by no less a figure than renowned lawyer, Professor Konyisola Ajayi, with the council expected to guide the government on policies that would boost the economy of the state.

Also, as part of the initiative to fully exploit the tremendous potentials of the state, the Engineer Sule unfolded his administration’s blueprint for the development of the state. The Nasarawa Economic Development Strategy (NEDS) is a testament to the collective commitment of the government to implementing a practicable economic transformation strategy for the state.

The NEDS is founded on a vision to sustain accelerated growth of the Nasarawa economy and translate this to clear improvement in the lives of the citizens, and the achievement of other key development outcomes.

This is premised on the knowledge that the growth of the Nasarawa State economy is low and suffers from some vagaries of the national economy, which has not successfully translated to the delivery of tangible results to the people.

The administration equally understood that dwindling economic fortunes will continue to afflict the state, unless there is a deliberate attempt to sterilise the economy from these growth inhibiting fundamentals, pursue growth driven by multiple engines, and unblock the drivers of sustainable development to allow growth benefits trickle down to those at the bottom of the pyramid.

“This will require leveraging on the competitive advantages of the state while addressing issues such as human capital development and infrastructural deficit, amongst others, which prevent the state from realising its potential,” Engineer Sule stated.

Accordingly, within the overall framework, NEDS has set out critical strategies for realising the state’s ambition for a truly prosperous and thriving economy that improves the economic wellbeing of residents through wealth and job creation, and improvement in business and investment opportunities.

Its development brings together the views of business, government, and other stakeholders in the economy, supported by in-depth analysis of the economic drivers of the Nasarawa economy. It harmonises contributions from key MDAs as captured from meetings with them and as encapsulated in their presentations during the Ministerial briefings.

These engagements allowed for a robust discussion on the challenges that the state faces, and the key competitive advantages that it can quickly build on to realise the yearnings and aspirations of the people, particularly in the areas of Agriculture and solid mineral development, to drive our industrialisation.

Already, and three and a half years into the journey, there are ample evidence to suggest that, these laudable initiatives to break from the past by the Engineer Sule administration, is bearing fruits to the benefit of the people and state.

While chatting with journalists ahead of the recently held inaugural Nasarawa Investment Summit, Governor Sule made it known that the state’s ease of doing business and investment promotion effort has seen it attract over $500million investments into key sectors in the State within the last three (3) years.

He further disclosed that the state has through reforms significantly increased Internally Generated Revenue (IGR) by 49 percent in 2020 (a COVID-19 tainted year), adding that his administration is already on track to surpass that record in 2020.

In fact, Executive Chairman of the Nasarawa State Internal Revenue Services, Alhaji Ahmed Yakubu Muhammad, recently pointed out that before his appointment into office four years ago, the highest revenue generated by the state on a yearly basis was N6 billion but with the initiatives recently put in place at the board, the state was able to generate the sum of N16.8 billion naira for the year 2021.

Indeed, the dynamism of the present administration under Engineer Sule has brought enormous positive developments to the state, thereby placing Nasarawa State in the forefront of good governance and service delivery.

But of most significance to the administration, are the long term projects which when fully realised, have the potentials to completely transform the state and to make Nasarawa State one of the top three top economies in the country.

This, the Engineer Sule administration seeks to achieve through aggressive investment drive that will solidify Nasarawa State’s position as a key investment destination in Nigeria and by extension the West African subregion.

To this end, and having recognised the need for a robust private sector for economic development and revitalisation, the administration embarked on a holistic reforms that saw to the building of an effective Public-Private-Partnership (PPP), which allows for a long-term private sector participation.

Among the reforms initiated by the Engineer Sule administration in a bid to create enabling business environment, aimed at attracting private investors into the state, were the passage into laws namely, Nasarawa State Investment Development Agency Bill 2020 and the Nasarawa State Mortgage and Foreclosure Bill.

Explaining the rationale behind the passage of the laws, Governor Sule described the two new laws as the foundation for the take-off of the state’s friendly business environment, without which it will be difficult to attract lots of investors into the state.

According to him, the two laws will ensure that both the state and investors get maximum benefit and security from their investments.

The establishment of the Nasarawa Investment Development Agency (NASIDA), according to its managing director and chief executive, Ibrahim Abdullahi, “is a deliberate effort by Governor Sule to create an enabling climate for businesses to operate in Nasarawa State and encourage more investments; both domestic and foreign investments into the state. It is also a critical step towards ensuring that a sustainable institution is created for the state now and in the future.”

All these laudable strides have combined to take Nasarawa State to a new level of recognition and acclaim, as it is becoming ever more glaring the sterling leadership qualities of a Governor that is ready and fully committed to bring much needed development to the state and its people.

Nasarawa State continue to enjoy goodwill and recognition both from within and outside the country as a result of the purposeful leadership being demonstrated by His Excellency, Engineer Abdullahi Sule. The reputation of the Governor from his years of experience in the organized private sector is rubbing off on the state and turning Nasarawa State to the centre of attention.

As a result of his exploits and innovations in moving the state forward, Nasarawa State continue to be accorded recognition as the state begin to play critical role in both international, national and regional levels.

Engineer Sule is a member of various committees at the national level and it’s a thing of pride to see the Governor detailed to brief the media at the end of each meeting of the National Executive Council (NEC).

He is a member of both the committee on solid minerals, security, oil and gas. Engineer Sule also actively participated in the process of passing the defunct Petroleum Industry Bill into the Petroleum Industry Act, having appeared before the National Assembly to present his views and understanding of the sector.

The presidential committee on the reduction of poverty and growth strategy is expected to remove about 100m Nigerians out of poverty in the next ten years.

The various committees established by the Engineer Sule administration, which in themselves are innovations derived from widespread experience from across the globe, are bearing fruits and drawing accolades and recognition to the state.

The committee on COVID-19 chaired by none other than the state Deputy Governor, Dr. Emmanuel Akabe has done the state proud. Nasarawa State was recently recognised as the best state in terms of COVID-19 immunization coverage in the country, with the state celebrated and awarded with a brand new Hilux vehicle at a ceremony recently in Abuja.

Again, the work of the committee that undertook the basic survey of public schools in Nasarawa State and proffered recommendations, for which the Engineer Sule administration followed and which resulted in the recruitment of over 5000 teachers in the state, is already yielding positive results. Nasarawa State that was previously down the ladder in terms of WASC results, has continued to appreciate to now belong among the ten top states in the country.

Only recently, Engineer Sule was invited to deliver an address at the prestigious Chatham House in England. He was among the three governors selected across the country as a recognition of their landmark achievements in the area of universal primary healthcare coverage.

Indeed, with Engineer Sule at the helm of affairs, Nasarawa State will continue to grow in leaps and bounds, especially with the Governor bringing his hard earned reputation and experience from the organized private sector, to bear in the administration of the state.

Nasarawa State has never had it so good, that another term of four years may not be enough to reciprocate and appreciate this selfless service by a leader that is doing his best to not only leave his marks in the annals of the history of the state but to take Nasarawa State to the advanced level of development.

Abare is the Special Assistant on Media to the Governor of Nasarawa State.