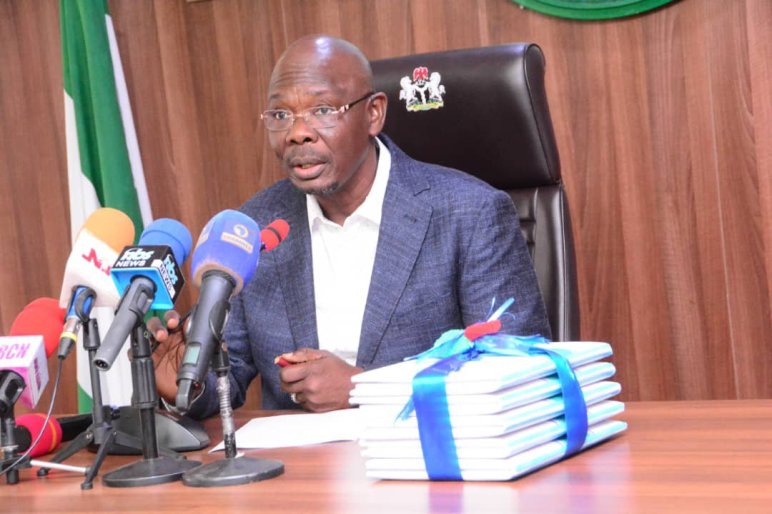 The Tinubu/Shettima townhall meeting scheduled to hold on Thursday, November 10, in Lafia, the Nasarawa State capital, will now focus on security and mining.

Nasarawa State Governor, Engineer Abdullahi Sule, communicated the change in the focus of the townhall meeting, when he welcomed both the outgoing and new Commissioner of Police, at the Government House, on Tuesday.

According to Engineer Sule, the organizers of the townhall meeting initially selected mining, agriculture and security, as areas to be considered during the event in Lafia but later limited it to mining and security because agriculture was extensively addressed in Minna, Niger State.

While extending an invitation to the outgoing CP, now an Assistant Inspector General of Police (AIG) AIG Adesina Soyemi, posted to Markudi, Benue State as the Assistant Inspector-General of Police in charge of Zone 4, to attend the event, the Governor said it will provide the AIG with an opportunity to listen to what the incoming president will do in the area security and mining.

According to the Governor, mining and security go hand in hand in Nasarawa State.

Engineer Sule expressed appreciation to the outgoing CP, commending AIG Soyemi for the wonderful job he has done in the state, praising the cordial relationship that existed between him and the outgoing CP.

The Governor equally welcomed the new CP, Maiyaki Muhammed Baba, assuring him that, though Nasarawa State is not among the wealthiest states in the country, his administration is committed to security and securing the lives of the citizens.

The Governor used the opportunity to speak on the need for synergy with all sister security agencies operating in the state, as according to him, security is a collective responsibility.

Engineer Sule expressed hope that the new CP will continue with the existing synergy between the security agencies which has given the state an edge in terms of security.

He then congratulated AIG Soyemi on his elevation and posting to head Zone 4 in Makurdi.

Earlier, AIG Soyemi told the Governor that his time as CP in Nasarawa State has ended, with a new CP already on ground to take over from him.

AIG Soyemi described the new CP as a workerholic who has spent over 30 years serving in the police force.

“The new sherif is somebody I will call workaholic. He has been in the system for over 30 years. He has been moving from one point to another and I am sure and I believe he is a trustworthy person, somebody that can be relied upon,” the outgoing CP said.

The AIG said he has fully briefed the new CP about the commitment of the Governor towards ensuring synergy between all the security agencies operating in the state.

“I have briefed him on the need to do that and I have briefed him on your attitude towards work. I know he has listened and he will do what I said. As his AIG, I will be at the corner looking at whatever he is doing and direct him accordingly. I am very sure he will not fail,” AIG Soyemi said.

On his part, CP Maiyaki Muhammed Baba, assured the Governor and the people of the state that he will be diligent in serving the state.

The new CP told the Governor that he will not let him down, stressing that he will put in his best, as well as continue where his predecessor stopped.

CP Baba said he has served in various parts of the country, spending over 15 years in Lagos, where he served in about four divisions and divisional police offices.

He equally served in Borno, Kebbi and Kaduna before his posting to Nasarawa State as the Commissioner of police.

CP Maiyaki Muhammed Baba is an investigative giant, Operational tactician and astute administrator; he was born on October 24, 1963. The Commissioner of Police hails from Bida, Niger State and was appointed to the Nigeria Police Force on March 3, 1990.

In the course of his career sojourn, he has served as a Divisional Police Officer in Lagos, FCT and Ogun State; Officer in charge of monitoring unit, zone 2 and 5, Lagos and Edo State respectively.