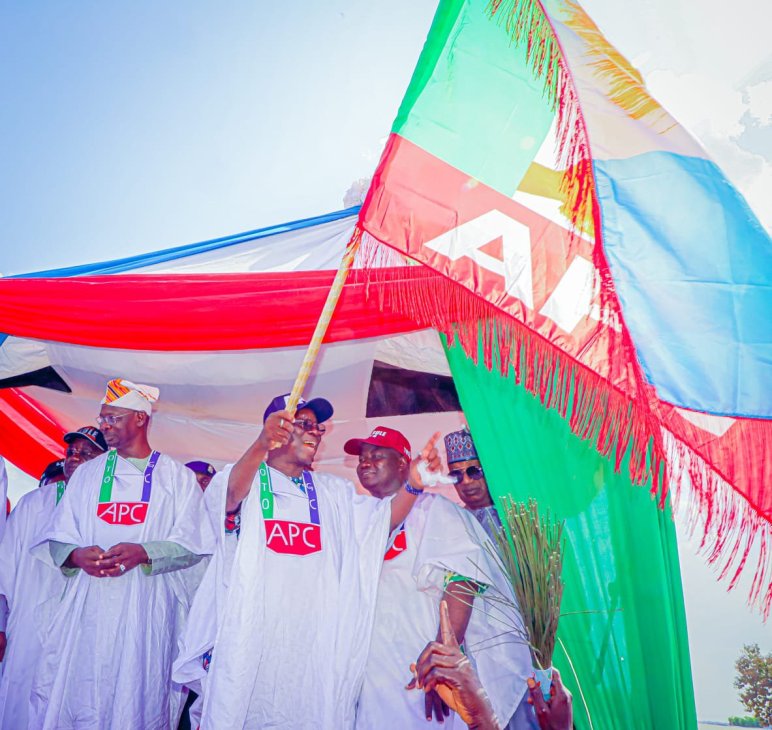 Speaker, Nasarawa State House of Assembly, Rt. Hon Ibrahim Balarabe Abdullahi, says that people of Toto Local Government Area of the State have no any other candidate than Gov Abdullahi Sule in 2023.

The Speaker made the declaration while speaking during the official flagging off of Gov. Sule/ Dr Akabe re-election campaign bid in Toto LGA.

He said that the people of the area would vote for Gov. Sule in 2023 in order to enjoy more dividends of democracy.

” His Excellency, we have no Governorship candidate apart from you in 2023

” The only way for us to pay you back for bringing peace and other developmental strides to Toto is for us to mobilise and vote for you come 2023.

Abdullahi lauded Gov. Sule for his developmental strides in the area and the state at large.

” By God’s grace, we will return His Excellency, Engr. abdullahi Sule to the Government House as Governor come 2023,” he said

The Speaker called on the ruling APC supporters in the area and the State at large not to join issues or insult with the opposition parties.

” We will not join issues with the opposition, we will not revenge or retaliate, if they abused or insulted us, we will revenge through the ballots during voting in 2023,” he said.

The Speaker called on the people of the area and the state to support Gov. Sule to succeed beyond 2023.

He also called on the people of the area and rhe State at large to vote Sen. Ahmed Bola Tinubu, the APC presidential candidate in 2023 and other party candidates.

Abdullahi alao enjoined the people of the area to continue to be law abiding, respect constituted authorities and co-exist peacefully for development to thrive.