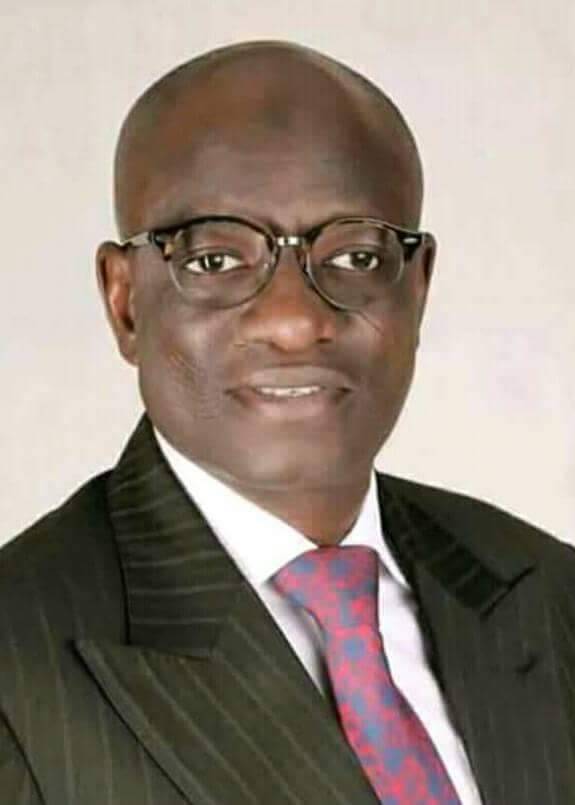 The newly crowned Sarki Yakin Keffi and two-time member of the House of Representatives, representing Keffi, Kokona, Karu federal constituency (2003 – 2011), Aliyu Ahmed Wadada has staked his claim to the Nasarawa State governorship seat in 2019 with a formal declaration at the APC secretariat in Lafia and an unveiling so to speak, of his manifesto to the media at the NUJ press centre along Makurdi Road, Lafia. This put paid to the rumours that he was defecting to APGA and a vying for the Nasarawa West senate seat under that party. He had dismissed those reports, describing their purveyors as “confusionists”. The press session which was hosted by Comrade Dogo Shammah, NUJ chairman, Nasarawa state chapter and which was scheduled to start at about 11 a.m. did not begin until about 16.55p.m. The patient journalists missed out on key premier league matches, personal engagements and domestic chores during the long wait. Hon. Wadada breezed in in his trademark white attire and a red face cap on which was written his name, accompanied by a retinue of boisterous supporters…
First things, first. Why does he want to be governor? He says he is responding to clarion calls from various quarters for him to contest, adding that he has always been associated with people, with the “growth and development of my society”. His campaign slogan is “Repositioning Nasarawa State”. Education a major aspect of his manifesto is appropriately themed, ‘excellence and enlightenment’. According to Hon. Wadada, Nasarawa State’s development is not commensurate with where the state should be in this 21st century given its abundant resources which now includes exploration of oil in the Keana axis, its nearness to the Federal capital territory, Abuja as well as its other surroundings. While acknowledging that the government has tried the best it could, his goal is to take the state to the next level, using contemporary approach. His manifesto which he describes as dynamic is rich, covering all sectors.
On agriculture, Wadada says if elected governor, his administration shall establish agricultural clusters in the three senatorial districts with each engaged in crops/products in which it has comparative advantage over the others, for local, national and international markets, thereby boosting the local economy and earning valuable foreign exchange for the farmers. He also states that ranches shall be established in the state. This will mitigate the vexed issue of recurring farmers/herders clashes with concomitant loss of lives and displacement of persons. Asked by this writer if the ranches shall be evenly distributed given that critics have lamented that grazing reserves being revived by the current administration in the state are sited only in a part of Nasarawa state, Wadada replies that the ranches will be set up in areas where they are required while reeling out a plethora of economic benefits of ranching to consumers, herders and the environment. Among them is that both the herdsmen and cattles shall be healthier as it will save them the stress associated with trekking in search of pastures; utility centres as banks, including recharge card and food vendors will spring up within the vicinity of the ranches to service both the herders, buyers and sellers of the cattles, engendering multiplier effects; the cattles being more healthy, are better for the consuming public.

Regarding education, Wadada stresses that the educational policies will be revisited to deliver better, qualitative education, noting that delivering good education is not just about building classrooms but also improving quality of teachers. Specifically on primary education, he intones that he will if elected governor, restore primary schools back to the local government authority, giving local governments “fullest financial autonomy” to fulfil their mandate at that level. Speaking further on autonomy for local government councils, he discloses that the joint account between the state government and local governments shall be scrapped and replaced with a “Distributive account”. He is apparently not a latter-day convert of autonomy for local governments as he had campaigned for same whilst in the House of Representatives. Like primary education, primary healthcare is the foundation of any healthcare system and it is receiving ample attention in Wadada’s manifesto as he believes that once the primary aspect is right, every other tier will fall in line. In this wise he reveals that it shall receive a boost through collaboration and liaison with the Cuban government which is said to have the best primary healthcare delivery system in the world.
On the public service, the former chairman, House of Representatives Committee on capital market, vows to have a public service that is rooted in accountability, good governance and sustainable human capital development. To this end, leakages in the system shall be plugged whilst a procurement agency will be established. According to him, the moribund Nasarawa Investment Company shall be revitalised as he describes an investment company as the business arm of government. He pledges that retirees and pensioners will get their due no matter the level of the State’s finances. Speaking on security, law and social order, Wadada avers that justice and fair play is the key to ensuring security and social order. He is an advocate of community policing remarking nonetheless, that security is the business of all. Social infrastructures as electricity, water, roads are equally highlighted in his manifesto.
Responding to a question the new Sarki Yakin Keffi rubbishes the call for zoning of Nasarawa State’s governorship ticket to the northern senatorial zone by the ruling All Progressives Congress Party (APC), describing zoning as undemocratic and “not acceptable at all”, reiterating, “Count me out of it”. He opined that people from the northern zone had always contested for the governorship post of Nasarawa State from inception of democratic rule in the state in 1999 to-date. Evidently, a Wadada-led government in Nasarawa State will largely be private-sector driven. This obviously, is due to his entrepreneurial spirit, being also a successful businessman.