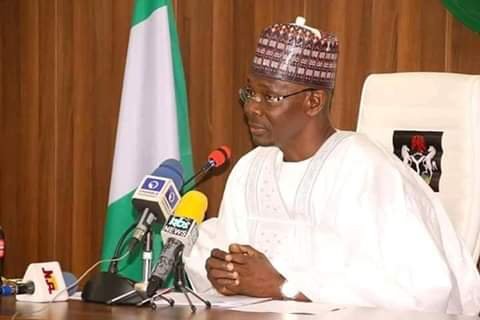 By Our Reporter. Nasarawa State Governor, Engineer Abdullahi Sule said he wants the state to be among the ten top revenue earners in the country.
Engineer Sule stated this while addressing participants at a two-day training to facilitate budget preparation and implementation holding at the office of the Secretary to the State Government on Thursday.
The governor lamented the current position of the state in terms of revenue earning, challenging Ministries, Departments and Agencies to compete amongst themselves in terms of revenue generation.
He added that his vision is to take Nasarawa State to a stage that will be a source of pride to the people of the state.
Engineer Sule noted that even though the state has never qualified for grants based on its budget preparation and implementation, he intends to change the narrative and to make sure the state is reckon with when it comes to budget preparation and implementation.
“Nasarawa State has never qualified for grant as a result of good budget preparation, never, according to the records that we have.
“Even when it comes to our revenue, Nasarawa State is like number 27 and it doesn’t make sense, for a state such as this, to just be nine to the last,” the governor stated.
He however tasked the participants, saddled with the preparation and implementation of the budget of the state, to be realistic and to produce a budget that is attainable.
“I want us to see change in this state, even if for the first time. Let us have a budget that we believe that we can actually be able to say, it’s a realistic budget,” Engineer Sule stated.
The governor charged the participants not to take the training lightly, calling on all and sundry to be committed as according to him, change doesn’t come easy.
“People will need to commit, people will need to make sacrifices. And I always start with myself because if you want people to make sacrifice you have to make the sacrifice yourself, so that people can see and copy from that.
“That’s why I’m always taking the lead, I want to make sacrifices. We can take this state to a certain stage that we will all be proud of. Initially, there will be resistance, initially, people will say, it will not work, people will always say things, it has never worked, it won’t work, there is no benefit. You will hear all manner of negative statements,” the governor said.
The governor stressed that he wants Nasarawa to be able to obtain grants as a result of efforts in preparation of its budget and in the implementation of the budget proper.
Earlier in his opening remarks, Senior Special Assistant to the Governor on Sustainable Developments Goals and Development Partners, Mallam Abubakar Murtala Muhammad, said the training is for planning for budgeting, which he said, is a critical aspect of success for the administration of Engineer Sule.
Mallam Muhammad added that for a state like Nasarawa, there is need to have a very realistic budget.
“What we did here is to invite a professional to come and seat with the technocrats in Nasarawa State, civil servants, to tell them how the modern trend in budget planning and its implementation.
“Basically how to forecast, very excellent and realistic forecast, so that the plans within the state should be based on things that are realistic,” he explained.
He disclosed that the participants comprise of people that have direct bearing with budget preparation, including Permanent Secretary Finance, Head of Service, directors from Planning and Budgets, Director of Budget, Debt Management Office, Accountant General, Auditor General, Board of Internal Revenue.