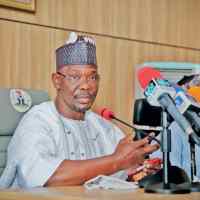 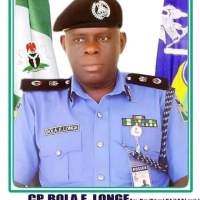 Since the creation of the state on October 1, 1996, various administrations have played their parts with the singular objective of bringing development to Nasarawa State, which was carved out of the old Plateau State, by the military regime of the late General.Sani Abacha.

Indeed, beginning from the first civilian administration in the state in 1999, under the leadership of Distinguished Senator Abdullahi Adamu, who ruled the state for eight years, before handing over the mantle of leadership to his successor, the late Alhaji Aliyu Akwe Doma of blessed memory, who remained at the helm of affairs for a period of four years, from 2007 to 2011, successive administrations have each built on the foundation laid before it, thus expanding further the frontiers of development.

Development, according to sociologists, is the result of society’s capacity to organize resources to meet challenges and opportunities, adding that society passes through well-defined stages in the course of its development.

In Nasarawa State, in as much the sociologists definition of development is concerned, each successive administration, utilized effectively resources at it disposal, to further develop the state.

However, with the dawn of the administration of Distinguished Senator Umaru Tanko Al-makura, the period 2011-2015, when Al-makura was in power as executive governor, marks a watershed in the political history of Nasarawa State.

It is a documented fact that the brand of democracy that is practised in Nigeria, is capital intensive, with lots of resources being used to oil the wheels that run the system, albeit to the detriment of development.

Until the coming of the Al-makura administration, the high cost of governance, mostly derived from servicing extremely large political wheel, has contributed immensely in whittling down resources that would have been channeled towards development.

When Al-makura came into power in 2011, his major focus was to cut down on the cost of governance, which for a state like Nasarawa, with low federation allocation and even less internally generated revenue, was making it difficult to bring much needed development to the state.

This trajectory embarked by the Al-makura administration towards reforms, pitched the governor then against politicians who saw their positions as avenues to amass wealth. This certainly explained the series of attempts by the then Peoples Democratic Party (PDP) dominated House of Assembly, to impeach the governor.

Obviously, much attention was not given to the concepts of accountability, transparency and prudent management of resources, with previous governments borrowing heavily just to pay workers salaries. But with the coming of the Al-makura administration, prudence and accountability became guiding principles, which tremendously facilitated for the administration to embark on the provision of critical infrastructure, in line with the sociologists concept of development, by organizing resources of the state, to meet the challenges confronting the people.

With the mantra of his administration being “Seeing Is Believing”, interventions by the Al-makura administration in the areas of roads, water supply, education, health, economy-the setting up of the Nasarawa Geographic Information Services (NAGIS), as well as the ensuing land administration policy, jerked up significantly, the internally generated revenue of the state, and security, among others, are all visible for all to see.

In the area of security, with the administration confronted by the twin challenges of farmers/herdsmen crisis, as well as the infamous Ombatse onslaught, the Al-makura administration, successfully pursued a community based conflict resolution mechanism, which was not only successful in tackling some of these crises but was finally adopted and transformed into the national community policing strategy.

By and large, Senator Umaru Tanko Al-makura, while in office, made sure he totally changed the concept of governance, from a largely father Christmas veneer, to that of accountable, prudent and responsive institution, working tirelessly to meet the immediate needs of the people.

Of course, the administration, like others, had its shortcomings, especially following the crash in oil prices globally, which led to shortages in revenues accruing to the state, leading to the payment of salaries in percentages. However, the Al-makura administration succeeded largely in weaning governance from predominant culture of financial waste, thereby channeling the scare resources towards critical infrastructure development.

A mark of the exceptional leadership qualities of the former governor however became even more obvious, when it was time for him to leave the stage, after spending the two terms allowed by the constitution. If Senator Al-makura was initially preaching the gospel of patriotism and love for Nasarawa State and its people, the steps he took shortly before living office, more than anything else, showed his abiding love and concern for the state and the people.

Knowing fully well, the transformation that took place under his watch, Al-makura knew he needed to bring someone who will not only succeed him, but continue and even surpass his development efforts. In essence, he needed someone that will sustain development across the state.

According to scholars, leadership qualities tend to be timeless, explaining why people look back through history at the esteemed individuals who led successful businesses, governments and social initiatives. This is based on the understanding that by emulating these trailblazers, we will be successful leaders too.

But again, according to recent studies by development experts, something fundamental has changed in our traditional concept of leadership, especially that throughout history, the world has never seen the volatility, complexity and transformation like is being seen today. As innovation pioneer Peter Diamandis has noted, “The first technological steps — sharp edges, fire, the wheel — took tens of thousands of years. Now, paradigm shifts occur in only a few years’ time.

This paradigm shift in development for Nasarawa State, started with the administration of a trailblazer in the person of Senator Umaru Tanko Al-makura, who exponentially accelerated the pace and magnitude of the change now taking place in Nasarawa State, essentially because he has demonstrated a rare leadership quality that few leaders possessed, individuals with greater need to grasp the nature and impact of change than all of those amazing women and men who made their mark on history.

It is generally known that the most important leadership skills, many wonderful and proven qualities: honesty, delegation, collaboration, empathy, inspiration, confidence and more, were however formulated during a time when governments, industries, businesses and people reacted in a much more consistent fashion.

Unlike now, with leaders today lacking precedent or benchmark for the skills that will help them succeed, especially with uncertainty and volatility affecting every aspect of the lives of the people and organizations, which makes it incumbent upon development scholars to address these aspects of the 21st Century.

Accordingly, these scholars are of the view tha the most important leadership skill is therefore the ability to effectively manage, harness and leverage the constant change around us — and this can be done through foresight. Foresight helps towards transition from a position of reactive disruption to proactive transformation.

Senator Al-makura’s foresight was responsible for the decisions he took before leaving office that saw to the arrival of the trio of His Excellency, Engineer Abdullahi Sule, His Excellency, Dr Emmanuel Akabe and the present Emir of Lafia, His Royal Highness, Justice Sidi Bage (rtd).

Looking at the antecedents and pedigree of these three men, it is only a leader with foresight, whose love for his state and people knows no bounds, could assembly men who have the knowledge, experience and capacity, to do even better than him and who may not necessarily answer his bidding while out of office.

Engineer Abdullahi Sule rose to the pinnacle of his career, straddling the top echelon of the organized private sector, who retired as the Group Managing Director Dangote Group, to seek election as the Executive Governor of Nasarawa State. His Deputy, Dr. Emmanuel Akabe, renown ophthalmologist and administrator who occupied several positions in various medical professional associations at both state and national level. On his part, HRH, Justice Sidi Bage rose to the pinnacle of the law profession, retiring from the Supreme Court, as a Justice of the Supreme Court (JSC) , to become the Emir of Lafia.

That these three personalities are at the helm of affairs today in Nasarawa State, was by no means accidental but the outcome of a deliberate and well conceived vision by a leader with foresight who means well for the sustainable development of the state.

With these calibre of persons running the affairs of Nasarawa State and as can be testified within the short period they came into office, it is without doubt that the state will continue to grow from strength to strength.

Already, the Engineer Abdullahi Sule administration has picked up from where Senator Umaru Tanko Al-makura stopped, adopting measures that will enhance sustainable development of the state.

It was indeed a seamless transition and Nasarawa State can boast of having top notch leaders that can compete favourably anywhere in the world and who have the zeal and wherewithal, to further develop the state.

Certainly, Nasarawa State will continue to be in the news, positively though, as the Engineer Abdullahi Sule administration, diligently and meticulously, takes Nasarawa State among the top three most competitive economies in the country, as encapsulated in the Nasarawa Economic Development Strategy (NEDS).

As it is to be expected, no government can succeed without the understanding, cooperation and support of the people, especially at moments such as now, with volatility and uncertainties the norm. If it’s not one security challenge or the other, it’s economic challenge, as being witnessed now with the negative economic impacts of the COVID-19 pandemic.

The people should endeavour to see the bigger picture, where Nasarawa State will be in the coming years, while supporting the administration for the collective good.

Abare is a Special Assistant on Media to His Excellency, Engineer Abdullahi Sule, the Executive Governor of Nasarawa State.