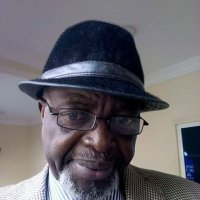 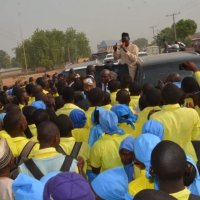 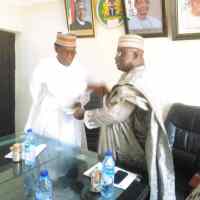 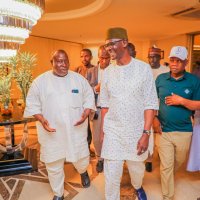 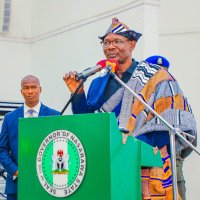 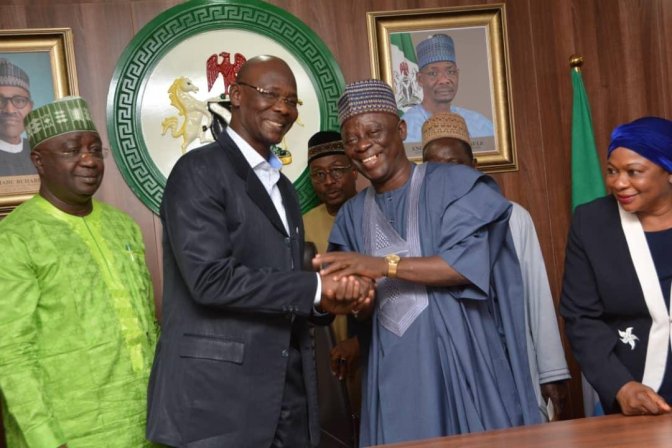 As Nasarawa State Governor, Engineer Abdullahi Sule clocks Sixty-One (61) years today, Speaker Nasarawa State House of Assembly, Rt.Hon. Ibrahim Balarabe Abdullahi has joined other numerous well wishers, to congratulate him on his new age and wish him more rewarding years ahead in service to the state and humanity.

The speaker Congratulated the state Number One citizen on behalf of the State House of Assembly acknowledging that the giant strides of the Governor in all facets of life and in the state in particular, called for special appreciation.

The speaker said the Assembly is impressed by Governor Sule’s style of leadership so far.

He emphasized that Honourable members of the House will continue to give the governor all the needed support and cooperation to succeed.

“We members of the Assembly as an institution have assessed and acknowledged the zeal and passion His Excellency, Engr. Abdullahi Sule brought into his administration for the good of the people of this state. And on that note, we, the members of the State Assembly could not hesitate but to pass a vote of confidence on him,” the speaker pointed out.

He reiterated that the entire legislators have therefore unanimously accepted to work closely with the governor in peace and in harmonious relationship for positive developments by according him all the necessary supports to be able to deliver on the mandate given to him by the people of the state.

Balarabe Abdullahi also remarked that in less than two years Governor Abdullahi Sule has made his marks in such areas as completion of some very significant projects bequeathed to him by the previous administrations, especially the Aliyu Akwe Banquet Hall, Almakura Presidential Lodge, Disease Diagnostic Centre, electricity and water projects, the ongoing Lafia Airport among others.

the speaker also pointed out other various projects initiated by the Governor on assumption of office to include opening of the much needed urban and rural roads, bus terminals and his penchant for investment policy that would launch the state to new pedestals in business.

Other strategic and challenging areas include pension, security fundings, salaries, LGAs, control of Covid-19, creation of investment opportunities, disaster control, including prompt and effective attention to disasters, flooding, protests among others

While praying God to give the Governor more rewarding years, the speaker also wished him ample and adequate strength to forge ahead in sound health, more wisdom, guidance and protection.

The state number three citizen therefore called on the people of the state to continue to cooperate with the government and to pray and support the Governor to succeed.