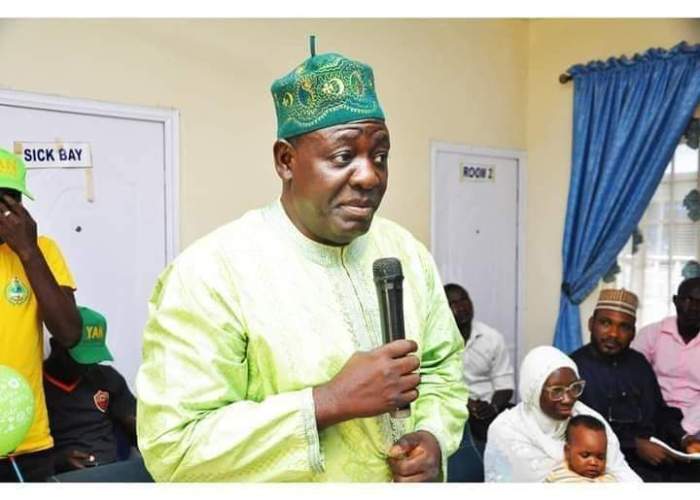 As the nationwide All Progressives Congress (APC) registration and revalidation exercise commences tomorrow, Hon. Aliyu Bello, state Caretaker Secretary of the party, has promised to offset the cost of passport photographs for any person coming out to register in the three polling units of Gayam electoral ward in Lafia Local Government Council.

Hon. Bello made this known during a special mobilization and sensitization rally he organized recently, which held at Rimi Uku polling unit.

The APC State Caretaker Secretary disclosed that he has made arrangement with three photographers to be stationed at each of the polling units namely, Kofar Yahaya Sabo, Kofar Alhaji Bello and Rimi Uku, to produce passport photographs for those coming out to register free of charge.

Speaking to the mammoth crowd that turned out during the event, Hon. Bello called on the people of the electoral ward to come out enmasse to register in order to justify the overwhelming support they gave the APC during the 2019 general election.

He said the reason for organizing the rally was to sensitize the people on the need to register as members of the APC, especially against the backdrop of the love and support the party enjoyed during the last election.

While appreciating stakeholders in the ward for identifying with him politically, the APC stalwart stressed that the registration and revalidation exercise provides another opportunity for the people of the area to become bonafide members of the party.